Tapping into UAS technology creates possibilities for a northern Arizona utility. Sometimes, the most effective, revelatory, progressive solutions to a problem can be found in the unlikeliest of places.  Case in point: three and a half hours north of Phoenix in the city of Lakeside, Arizona, an electric cooperative that serves more than 33,000 member […]
Read more 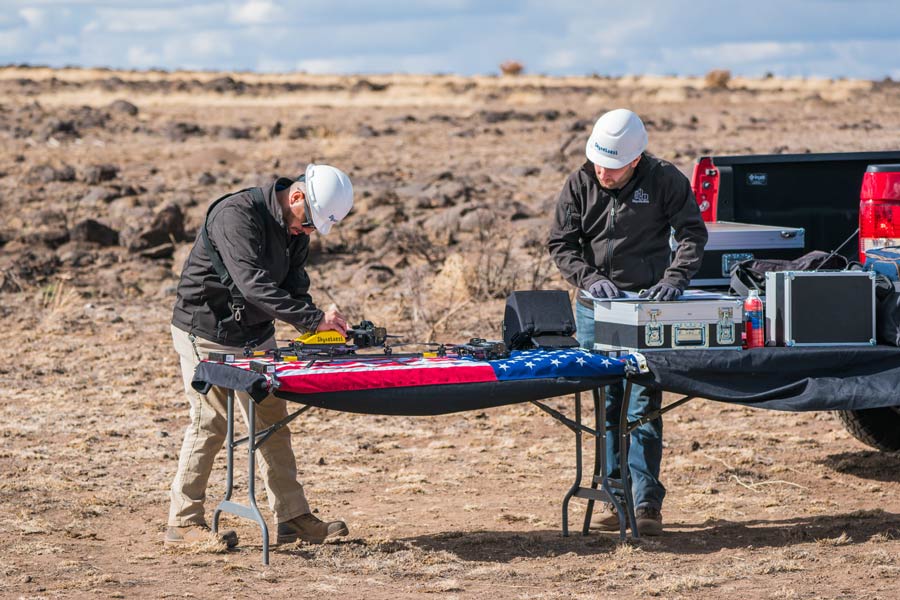 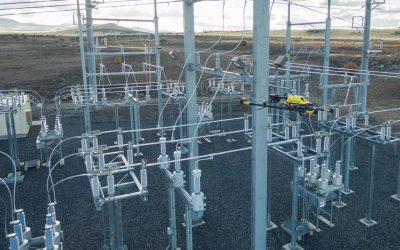 Utility Inspection in efforts of mitigating outages during COVID-19

We are offering inspections for critical infrastructure within the Phoenix metropolitan area at HALF the cost during the COVID-19 pandemic. Please reach out for details on your specific assets. 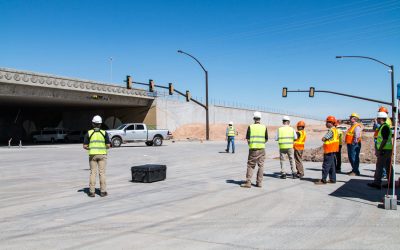 Safety is paramount when conducting flight operations in and around critical infrastructure.

Sometimes, the most effective, revelatory, progressive solutions to a problem can be found in the unlikeliest of places.

Case in point: three and a half hours north of Phoenix in the city of Lakeside, Arizona, an electric cooperative that serves more than 33,000 member customers—including the White Mountain Apache Tribe—is helping prove out the value and potential of an unmanned aerial system (UAS) in enhancing the utility’s GIS effort.

Case in point: three and a half hours north of Phoenix in the city of Lakeside, Arizona, an electric cooperative that serves more than 33,000 member customers—including the White Mountain Apache Tribe—is helping prove out the value and potential of an unmanned aerial system (UAS) in enhancing the utility’s GIS effort.

UAS specialist Skynetwest is performing an ongoing series of missions with an Intel Falcon 8+ Drone – Topcon Edition, both to illustrate the viability of the technology in that application and to make utility officials aware of its present and long-term value.

From Planes to UAS

Based in Chandler, Arizona, Skynetwest is the brainchild of Noah Ruiz, who started the company in 2015 as a provider of aerial photographic and videographic services but quickly saw the potential a UAS held to do so much more.

“About a year after I started the business, I was actively seeking a business partner and was fortunate to have interviewed Sean Goertz. He seemed to ask all the right questions about the direction I saw the company taking and talked about the wealth of opportunities available in the area of mapping and data retrieval. That was a segment that I had been considering as well but simply didn’t have anyone to support that decision. After the meeting I knew I’d found my business partner.”

Left to right: Sean Goertz, Skynetwest’s director of strategy, and Noah Ruiz, the company’s president/CEO, at the completion of an inspection flight.

With Goertz on board, Skynetwest began making the pivot from aerial photography and videography to high-value data retrieval. Both Ruiz and Goertz are quick to point out that, though their work is highly technical, they are not engineers or land surveyors.

“We are licensed, but only to operate an aircraft in the national air space safely, legally, and professionally,” said Goertz, now Skynetwest’s director of strategies. “But we are focusing solely on the data-retrieval side of the business. It is actually the land surveyors who are one of our customer segments. We are just giving them the proper tools and data to do their job faster, safer, and more effectively.”

Being in the right place at the right time seems to be second nature for Ruiz. In the course of building the business, he attended a conference sponsored by the Arizona Geographic Information Council where he struck up a conversation with Paige Richardson, GIS specialist for the Navopache Electric Cooperative (NEC).

“I asked if her organization was looking at a UAS to assist in any type of inspections, mapping, and so on, and she answered that they were,” said Ruiz. “So we started talking about NEC and their needs.

“Our main focus when we reach out to new or potential clients is to educate them first on what the UAS is all about. Then we generally like to go out and do a case-study type project to show them the system’s capabilities, the degree of accuracies that are attainable, the potentials for inspection that we can do, etc.”

Meeting Ruiz was also fortuitous from Richardson’s perspective. Because NEC is a rural cooperative with a service area of better than 10,000 square miles, she said they have very limited funds and not enough manpower or man-hours to give the GIS effort the attention it deserves.

“To be able to have a third-party company like Skynetwest come out and help us perform functions that we simply couldn’t otherwise handle, then give us a high-quality product and data from that effort, is a blessing. We found that having that eye in the sky just opens up a completely different world to us as far as the high-precision, high-detail data we are able to collect.”

A battery swap is made between extended flights.

Initial work for NEC included an inspection of one of the area’s substations. Conducted on a day with winds blowing at a steady 20+ mph clip, with most other aircraft the flight would have been extremely risky if not altogether scrapped. For Ruiz and Goertz, it was all in a day’s work and further validation of their choice of UAS.

“We looked closely into the Falcon 8+ before purchase, and what set it apart from others was the fact that it had triple redundancy IMUs, double-redundant compasses, dual-constellation GPS, eight propellers, and two batteries,” said Goertz.

“Also, built into the aircraft’s software is an algorithm that detects the electromagnetic frequencies coming off power lines and tells the IMUs which one it wants to switch from, which GPS it wants to use, which compass it wants to use. It essentially finds the best of every component available. All that redundancy allowed us to safely fly close to the lines and, in turn, make inroads with NEC.”

Windspeed limits for the Falcon 8+ in GPS mode are set at 26 mph; in height mode that threshold is extended to as high as 35 mph. According to Ruiz, the aircraft’s stability is key not only for power line work but also for items like inspection of oil and gas components.

“The system affords us a wider range of flexibility with regard to the weather conditions in which we can fly,” he said.

On equal footing with the flight strengths of the Falcon 8+ are the payloads it can carry and the manner in which it capitalizes upon those payloads. For inspection applications, the payload consists of a Panasonic Lumix DMC-ZS50 camera for true-color RGB images and the FLIR Tau 2 640 thermal imaging camera for infrared imaging. The hybrid RGB + 14-bit RAW data inspection payload combines a near-infrared camera with a high-resolution digital camera mounted in parallel.

An infrared image of an inspection to determine fine coil temperatures on a substation’s transformer. The image was generated in FLIR Tools’ “Lava” palette.

“White Hot” infrared image of transmission lines during a substation inspection. The flight was conducted to determine if equipment was still within specs.

Infrared “Lava” image used to inspect solar panels. The inspection helps ensure all cells within the solar array are free of defects and operating as designed.

The mapping package Skynetwest uses is for small mapping projects and volume calculations. High-resolution geo-referenced aerial images can be taken from various heights within set GPS tolerances and offer a complement to conventional methods. The mapping package includes a 36-megapixel RGB camera (Sony Alpha 7R) and delivers both orthophotos and 3D models in Topcon ContextCapture software, powered by Bentley Systems.

“All that hardware and software would be useless if, as in many other designs, a frame section, or strut, or prop limited the camera’s range,” said Ruiz. “Instead, the design of the Falcon 8+ allows us to be able to point the camera straight up or straight down, giving us the freedom to take a picture at any angle, any perspective.”

During an aerial mapping project Skynetwest was conducting for NEC, an operations manager mentioned issues they were having with transmission switches and asked if they could inspect some of the suspected power lines and switches. While that was not what they set out to do, Ruiz and Goertz quickly changed to use IR to inspect the switches.

“Anytime we go out on a job site we bring both payloads; it’s convenient to do so and we never know what we will encounter,” said Goertz. “It only takes a couple minutes to swap payloads, but it can yield critical info. In this particular case, we were able to provide that ops manager with same-day data so he could determine how serious the issue was. It was certainly beneficial to the client.”

Another of Richardson’s goals in partnering with Skynetwest’s team was to have something substantive to present to NEC management to bolster the argument for either contracting with a UAS provider like Skynetwest or initiating a UAS program of their own.

“One of the early missions Noah and Sean flew out here really quantified matters for us,” she said. “We set out to see how long it would take to fully inspect eight transmission poles using the Falcon 8+. Keep in mind, a crew would have to use a bucket truck to get up to each pole, conduct the inspection, come down, move to the next one, and so on—probably an hour and a half of work.

“It took us roughly eight minutes to gather IR images for the set of eight poles, so the savings in time and cost—with a serious uptick in safety—was dramatic. It’s safe to say that our management team now better understands the benefits UAS brings to the table.”

Upon completion of the substation project, using ContextCapture and Agisoft PhotoScan software, Skynetwest stitched together all of the images it had gathered to create a georeferenced 3D model of that substation. According to Richardson, the detail and quality of the model was so impressive that she shared it with NEC engineers as yet another piece of compelling evidence for the value of UAS to their effort.

Despite her new role as UAS missionary, Richardson is still a GIS specialist at heart and is excited about what the future holds for her department.

“We now have access to georeferenced images that we can import directly into our GIS, which will be a vast improvement over maps and photos that often just sit in a folder for years,” she said. “We are also looking into building more 3D representations of the entire grid and ultimately hoping to build a complete 3D spatial record down to nuts and bolts, all with survey-grade data.

“We are continually striving to maintain our infrastructure in a cost-effective manner for our customers and for communities that are historically less economically sound. This will be an outstanding tool to help us do so.”

Goertz added that, while Skynetwest’s own goals might seem lofty to some, their ongoing relationship with Topcon and Intel is helping them evolve as a company and making some things very attainable.

“We want to be playing an active role in helping build a better world and ensuring that projects to make that happen are done safely, quickly and accurately,” he said. “Ultimately, we want it so that every one of our clients can go home safely at night, and all the dull, dirty, and dangerous jobs are being performed by UAS. That would be success for us.”

All credit goes to Larry Trojak – Cooperative Effort Takes Off